There are many types of cybercrime that can impact your business or organisation. Building a better vocabulary around cyber security can give you a stronger foundation to help mitigate its many risks. The more you know, the better equipped you’ll be to protect your organisation’s data, employees, customers and bottom line. Here’s a list of key terms to help you brush up on your cyber vocabulary.

Our jargon-busting acronym list to help you navigate cyber conversations

A botnet is a collection of compromised computers, sometimes numbering in the thousands or even millions, that are under the control of a single entity. Botnets are typically used to steal data, such as online banking credentials, or to facilitate other types of cybercrime, like spamming or DDoS attacks. A single botnet can compromise and control thousands or even millions of computers.

Cloud-based authentication can allow a company to consolidate and simplify its sign-on procedures, but is not generally used to identify gaps in a company’s security. Risk assessments, however, are widely recommended by cyber security professionals because risk assessments can provide a company with an overall evaluation of its security strategy and potential gaps. Penetration testing (“pen testing”) is also important in helping a company evaluate its cyber security, by testing the company’s security against a hypothetical attacker.

Data breaches are unique in that they can involve confidential customer information and are subject to time-sensitive requirements. Having a specialised communications plan can help protect your reputation and bottom line.

Many plans, policies and strategies contribute to your organisation’s overall preparedness, but an incident response plan is specifically designed to minimise or contain damage associated with a data breach or network intrusion.

The Dark Web is a marketplace where private, protected and proprietary information, as well as the tools that cyber criminals use to hack into computers — such as viruses, exploit kits and other malware — are readily available for purchase and use.

After a breach, use of an outside digital forensics expert may be necessary to analyse malware or examine detailed logs of network traffic, particularly if the incident might give rise to litigation.

In a DDoS attack, a network is flooded with spurious traffic to prevent legitimate users from accessing the network. Many experts believe that DDoS attacks are likely to worsen as criminals begin to exploit vulnerabilities in the “Internet of Things,” such as networked computers or smartphones, to carry out the attacks.

Help protect your organisation against cyber security risks by sharpening your cyber knowledge. 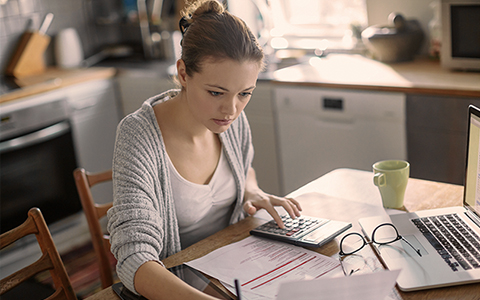 A “hot site” is a redundant data center that would be immediately available to support a company’s operations if a primary data center were to fail. In contrast, a “cold site” is a backup data center that could be brought online in the event of an emergency, although with some time and effort.

Many plans, policies and strategies contribute to your organisation’s overall preparedness, but an incident response plan is specifically designed to minimise or contain damage associated with a data breach or network intrusion.

An intrusion detection system (IDS) is a device or software application designed to monitor networks for malicious activity or policy violations. They typically use signature-based detection to recognise bad patterns, like malware, or anomaly-based detection to identify deviations from normal network activity.

Patch management systems are used by companies to obtain, prioritise, validate and install the various “patches” or code changes that are made available from the vendors of various applications and systems. Exploiting an unpatched vulnerability is one of the easiest and most common methods criminals use to compromise a computer system or network.

Phishing is a scheme to acquire private personal or financial information using fraudulent email messages. These types of attacks are declining, though more targeted attacks against one or a small number of individuals, known as “spear phishing,” have become more common.

Ransomware is a type of malicious software that prevents users from accessing their data or systems until a ransom is paid. Cyber criminals are known to have deleted backup files, so maintaining off-site backups is a sound practice.

A tabletop exercise is a discussion-based simulation involving the full incident response team. Conducted annually it designed to expose, report, and fix any vulnerabilities in your incident response plan before an attack occurs and can help ensure post-incident recovery efforts run smoothly.

A VPN is a secured communication channel that typically uses encryption and is built atop another network, such as the Internet. Businesses that use a VPN to secure remote access to a corporate network are less vulnerable to certain threats, including those associated with using public Wi-Fi hotspots. Travelers can help with cyber insurance solutions for your business.

Request a call back from our Cyber Experts to discuss specific coverage needs.